Despite relatively tiny pockets of progress, the outlook for LGBTQIA+ communities across Asia is not particularly good and any hope for future progress is generally dashed by political, social and economic realities. Most jurisdictions are either stalled in terms of progress or actively working to curb the rights of the community. Few places have actually taken any forward steps towards greater rights and protections or considered such steps to be a priority. In other places (most places, actually) conditions for the community are getting worse.

Discrimination at the political and social levels remains a big problem. This is true even of the locations generally seen as friendlier towards the community, like Hong Kong, Japan, or Singapore.

There are also lots of misunderstandings and often-mistaken preconceptions about the LGBTQIA+ community. In rural India, for example, homosexuals are viewed as ill or possessed. In places like Afghanistan or the United Arab Emirates, homosexuality can be punished by death.

Few governments are willing to make changes. Policymaking related to LGBTQIA+ rights is rarely, if ever, a priority. The rights of these minorities do not seem to be important. The governments of places like South Korea, Japan, and Hong Kong consistently have other priorities that take precedence year after year.

Ultimately, this is a sad (and sometimes tragic) story. The community might not account for a large proportion of the population in Asian countries but every member is a “living person” that lives with discrimination and self-doubt almost every day. They face accusations of being “abnormal” or “sinful”.

Things are even worse in dangerous spots like Iran and Afghanistan. These countries do not just lack any kind of intention to strive for more rights or protections for the LGBTQIA+ community, but their governments actually punish people for being part LGBTQIA+.

Imagine having to struggle every day of your life because of your sexuality or gender identity. Imagine fearing death every day just because someone says the wrong thing to a police officer or a person of authority or your parents. Imagine fearing an “honour killing”, as happened to Ali Fazeli Monfared in Iran. Imagine being hauled in front of a court that believes in your guilt as a fait accompli, never mind losing any possibility of going to school or having a job.

This is just the tip of the iceberg for a community that faces discrimination from all pockets of society, from education and healthcare systems, their families, from government and law enforcement authorities. Discrimination is everywhere and members of the community have little space to live or breathe. It is difficult to believe but it is happening, right now, in this modern world.

The arguments of the anti-LGBTQIA+ class, of the homophobic people that seem to be everywhere, have not changed much. They claim homosexuals are a violation of nature and say they fear reverse discrimination. Many in Asia claim to be different. They tell themselves that “I would not discriminate against people from the LGBTQIA+ community” or that “I can hold an indifferent attitude to the community BUT my kids cannot be part of it”.

Facing these attitudes, a young generation does not dare come out to their friends or family. Parents are a non-starter. Many LGBTQIA+ people, instead of accepting their “true selves”, strive to be as “normal” as their parents hope them to be.

And yet, across Asia, there are some contradictory phenomena that may eventually morph into changes and development towards equality. An example is the “Boys’ Love” culture craze. The target audience is mostly young girls that are crazy about BL novels, TV dramas, and comics. They have become popular in countries like Japan, China, Thailand, or Vietnam.

One example is Thailand’s TharnType: The Series with over 3.8 million total views on its Dek-D official page. Another is China’s The Untamed, with more than 9.5 billion views on Tencent Video. And recently in Hong Kong, Ossan’s Love, an adaptation of the Japanese television drama of the same name, has also become very popular all over the city.

Still, even with this trend, things do not always evolve as predicted. Even people who are attracted or even addicted to BL culture may not accept the LGBTQIA+ community.  People who accept homosexuals on the screen do not necessarily accept homosexuality in the real world. They might still discriminate against the community.

This is why Liu, a 25-year-old homosexual man from mainland China, said he is confused about whether people are really accepting of the LGBTQIA+ community or if they just consider it as something new and exciting.

Still, it is undeniable that the BL culture has created greater awareness about the lives of homosexuals and the perceptions of the LGBTQIA+ community, especially among younger generations. It might be a positive starting point for people living in Asian countries. 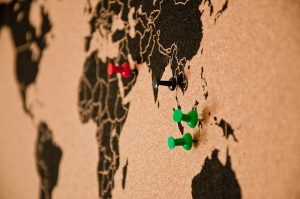 An argument that went viral on the internet not so long ago underlined how ridiculous it is that the destiny of black people was decided by white men and how ludicrous it was that women’s rights were decided by men. Why, then, is it OK that the lives of homosexuals and the LGBTQIA+ community as a whole depend on the decisions, stereotypes, biases, and political motivations of straight and heterosexual people in power?

The same is true for the rest of Asia.

There won’t be any hopeful or likely prospects unless governments are willing to take the initiative. And, based on current conditions or history, this is unlikely to happen in most countries in the region.

Still, the few rays of hope in Taiwan and Cambodia may be some reason for hope. There, governments have put forward some positive moves and adopted policies that could be harbingers of a comparatively bright future for the development of LGBTQIA+ communities, like the multinational same-sex marriage legislation in Taiwan.

The thing is, the only way any of these things will happen is if governments promote them and push for them. The future depends on the people in power and the ruling parties of countries across the most populous and diverse region in the world.

• LGBTQIA+ in China and India play a key role