The mystery of Venezuela’s Nicolas Maduro and a secret company in Slovakia deepened on  the same day in 2019 that millions flooded the streets of the country. They set out to protest against Maduro’s governing regime and support for interim President Juan Guaido, who is recognized by dozens of countries around the world.

Maduro became a managing director in a mysterious company in Slovakia with millions of dollars in annual revenue.

As chaos reigned in Venezuela and people were forced to line up for such luxuries as food and water, a nondescript apartment building in a quiet residential street in Bratislava, the capital of Slovakia, was a hotspot for Maduro’s personal economic interests. 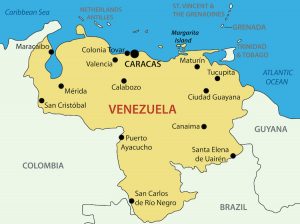 The mystery of Venezuela’s Nicolas Maduro

An old concrete apartment building with red wine and gray colored walls near Carpathian Square went unnoticed more than 9,000 kilometers away in Venezuela.

Not surprisingly, Maduro himself was busy shoring up his populist credentials in his home country.

“Here we are on the Bolívar Avenue with the people who (the opposition) has wanted to make invisible, with the people who are fighting in Venezuela (…) so that they see us,” tweeted Maduro, posting a picture of himself leader a counter-march in Caracas, the capital of Venezuela, on 2 February 2019.

“The people have shown, during these 20 years in battle and victory, a deep loyalty and infinite love for the Bolivarian Revolution, which fills us with strength to continue on the path of Commander Chávez. Thanks for so much love!,” he said in another post on the same day.

A large swath of Venezuelans were not sold. Through 2019, millions marched to protest against Maduro and his regime, which has driven the country into economic chaos. The country has been myred for years in a political and economic crisis that has created the largest exodus the region has ever seen. An aligning of crises has led to the displacing of more than 5.4 million Venezuelans. Literally millions have made their way across the border to Colombia.

And the crisis has not been without its share of violence. In the first quarter of 2019 alone, some 51 people were reportedly killed in protests in the country. Another 850 people were detained by military or police authorities.

Spoils to the leader

That was the context on 2 February 2019, when some of the most violent protests the country had ever seen broke out.

Little is known about Sarco beyond the fact that, in 2017, the company reported revenue for the year of almost US$5 million.

According to Slovakia’s public registry of companies, Sarco is involved in retail activities, brokerage trade, services and production, computer services, computer data processing services, loans, factoring, real estate activities, business consultancy, educational activities, marketing activities and construction. This is not to say that the company is involved in all these things but, rather, that it is registered in all these sectors. In a Facebook pageabandoned since 2018, Sarco promotes itself as “a company engaged in organizing various social events.”

Sarco’s partners are two Slovack companies by the names of Pompano s.r.o, Beslite Group a.s., and a Slovack individual by the name of Roman Graca.

Adding to the mystery, the address Maduro registered in the public registry is not the Miraflores Palace in Caracas, where he lives, but an address in the Quinta Oriental neighborhood, which lies in the Colombian side of the border city of Cucuta. The address is for a middle-class city block of row houses. Anticentric was not able to verify who lives in the address Maduro provided to the Slovak registry.

In late February 2019, Maduro arranged for the use of shipping containers to block two bridges that connect Venezuela and Colombia near Cucuta, the Simon Bolivar and the Tienditas bridges.

Slovakia recognized Guaido as the legitimate president of the cuntry in July 2020, joining a group of 24 other countries.

To date, despite sanctions announced in 2017 by the European Union against Maduro’s regime and his Venezuelan allies, Sarco remains officially in operation with a low profile. Maduro himself is not subject to sanctions from the EU, but 55 members of his regime are.

Still, Maduro is sanctioned in different jurisdictions, including the U.S., Canada and Panama. The U.S. Drug Enforcement Administration has offered a reward of up to US$15 million for information leading to Maduro’s arrest and he faces charges in U.S. federal courts for drug trafficking crimes.

Sarco is not listed in the sanctions list of the Office of Foreign Assets Control (OFAC).