Unrest and insurrection in Mozambique have led to a staggering figure of displacement. More than 800,000 people have fled their homes amid violence and terror in the East African country over the past four years, particularly in the area around Cabo Delgado.

The figure confirms the magnitude of the events underway in the southeast African country. More than 2,500 people have been killed in the past few years and the Armed Conflict Location & Event Data Project (ACLED) noted via the BBC that deaths spiked last year.

In the past couple of months, the around the town of Palma has grown particularly volatile. This started with a March attack that led to oil company Total leaving a site nearby. There are around 20,000 displaced people livingaround the area.

The Southern African Development Community (SADC), a regional group, approved in June the deployment of troops to Cabo Delgado to quell the insurrection, but there are few details and little actual action so far, although Rwanda has sent 1,000 soldiers and police to join others from countries in the region.

The observer group Cabo Ligado, which tracks what is happening in the region, pointed out that “as the number of civilians in the Palma area dwindles, those who remain will become more vulnerable to both state and insurgent coercion.”

“Without a concerted evacuation effort, there is a risk that at a certain point those remaining in Quitunda, lower Palma, and Maganja will be compelled to join the insurgency as a survival strategy.”

Despite the magnitude of the problem and the impact on the people in the region caused by the unrest and insurrection in Mozambique, the problem has received little attention. Mozambique is fighting against Islamist militias that are trying to get control of parts of the territories.

The militias are fighting for control of the country’s northernmost province of Cabo Delgado. Insurgents have already taken control of entire swaths of the country and are now enforcing Sharia Law. 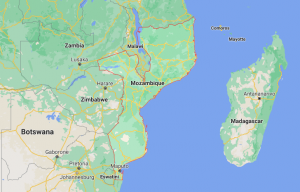 “Radical Muslims from Kenya and Tanzania are transforming  a low-intensity ethnic rebellion into an Islamic jihad against Mozambique’s central government,” tweeted Thomas Gallagher, emeritus professor of politics at the University of Bradford. “A Sharia Emirate this far south, poses an unsettling threat to southern African stability.”

Unrest and insurrection in Mozambique

People in the West – in the rich nations of North America and Europe – have hardly noticed but people in Africa have been following the fight between the government of Mozambique and Ansar al-Sunna, a group founded in 2015 linked to Daesh, also known as ISIS or ISIL.

Daesh has had several setbacks over the past few years in the Middle East and intelligence agencies say it is now working with Ansar al-Sunna in Africa. Mozambique has become a hotspot for their operations.

“Mozambique?is?increasingly exploited as a base of operations by transnational organized crime networks, as a transshipment point for illicit drug trafficking and international money laundering and is also a source and transit point for illegal logging and wildlife trafficking,” said the U.S. Department of State’s Bureau of International Narcotics and Law Enforcement Affairs late last year.

Nathan Sales, the former U.S. ambassador-at-large and coordinator for counterterrorism and special presidential envoy to the Global Coalition to Defeat ISIS, visited the African country in early December and shared his findings in a telephone call with journalists.

“We’ve seen ongoing violence in the northern Cabo Delgado province, and we’re concerned that this violence threatens the security of Mozambican citizens, threatens the progress of development, and has the potential to undermine the livelihoods of Mozambicans with significant commercial investments,” he said. “What we’ve seen is increased terrorist attacks by ISIS affiliates in Mozambique over the last three years, resulting in the deaths of more than 2,000 people.”

The uptick in violence has resulted in the massive displacement of people, mainly, from the Cabo Delgado province, a region where researchers discovered in 2010 the third largest gas reserves in the continent.

Despite all the wealth below ground, poverty and chaos are the order of the day above. The region has not only had to deal with violence but is also hit by political instability, cyclones, the ravages of climate change and has little money to buy COVID-19 vaccines.

“This has only aggravated a situation that is now complicated by the spread of terrorism that is reaching them from the north, from Somalia,” said Josep Borrell, high representative of the European Union in remarks to the European Parliament. “The situation in Mozambique is deteriorating as natural disasters hit and the country copes with extremely serious government difficulties.”

According to Borrell, the EU donated EUR37 million last year to Mozambique to face its main challenges, mainly at Cabo Delgado.

Impact of COVID-19 may be underestimated

The Covid-19 pandemic is also taking a toll on the country’s economy, despite a relatively low number of reported cases.

With a population of 29.5 million, Mozambique has had around 95,000 cases of the virus and more than 1,000 deaths, according to Johns Hopkins University about 17,600 cases and 149 deaths since March 22. These numbers are almost certainly under-estimates.

And the pandemic has hit an economy already in tatter. The economy was in a recession, according to the African Development Bank.

The economy is expected to recover this year, maybe. The World Bank estimates growth above 1% this year and the possibility of it reaching 4% in 2022 but the country needs to push through with reforms as the pandemics resides over the next year or two.