Oppressed LGBTQIA+ communities in many Asian countries know that being gay remains a huge taboo. Discrimination is rife in vast swaths of the region.

The community lives with discrimination every minute of every day. Discrimination is a part of life. Members of the community face harsh public judgment. In several countries, same-sex sexual intercourse can lead to prison sentences, canings or death.

Homosexuality is illegal in Malaysia and Pakistan, although the latter offers protections to  transgender people. In South Korea, ultra conservative attitudes lead to public discrimination and huge pressure filters down from the political class, which makes the laws.

Chin feels constantly discriminated against and often feels the entire country is unfriendly towards her and the community she is a member of. She is often told that girls will not like her looks.

“When I go to the female washroom in the shopping mall, people stare at me,” she said. “When same-sex couples hold their hands on the street, they are always stared at…  Some of the old(er) people have their traditional and stubborn mindsets.” 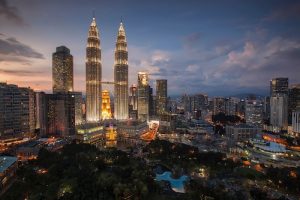 me to around 32 million people, almost two-thirds of whom are Muslim. Homosexuality is illegal for males and all Muslims in the country. Malaysia follows a relatively strict Muslim regime that can have a direct impact on the lives of members of the LGBTQIA+ community.

“It is not common to see homosexual (men) and I don’t think I have ever seen a homosexual Muslim,” Chin said. “I believe most of them would rather keep it secret.”

She recalled past examples of homosexual couples facing severe penalties. In a 2018 case, two Muslims lesbian women were arrested after getting caught having intimate contact in a car. That same year, a pair of Muslim couples were sentenced by the Sharia High Court to being caned six times and fined 3,300 Malaysian ringgit (around US$800) for attempting to have sex.

“When homosexual males have a relationship, they keep it secret because their family will not accept it… if their colleagues know, it will affect their image and as well as their jobs.”

Chin has not had very pleasant experiences since her first attempt to come out to her friends at the age of 14.

“I told one of my school friends that I had a crush on a girl and she immediately told another friend about it and said she thought it was disgusting.”

They remained friends “but I never mentioned my sexual orientation to her again.”

And there is little reason to think conditions in Malaysia will change any time soon for oppressed LGBTQIA+ communities.

In June 2021, social media posts celebrating pride month and the LGBTQIA+ community aroused the attention of the Malaysian government. Ahmad Marzuk Shaary, the deputy minister for religious affairs said in a statement that “we have found that certain parties uploaded statuses and graphics that insulted Islam on social media in their efforts to promote the LGBT lifestyle.”

At the end of June 2021, a government task force proposed amendments to Sharia rules that would allow action to be taken against social media users for “promoting LGBT lifestyles”. The proposed amendments have not yet progressed but there is little reason to think they won’t.

Pakistan: Hostile to most, friendly to some

Homosexuality is taboo in Pakistan.

In part as a result of its Islamic background, homosexuality remains illegal. This is enshrined in Article 377 of the country’s penal code. The article says that “whoever voluntarily has carnal intercourse against the order of nature” may be punished with life imprisonment. The section originated with the Indian Penal Code. It was imposed by the British colonial rulers before the partition between India and Pakistan in 1947.

Still, “police generally refused to take action on cases involving members of the LGBTI community,” according to the US Department of State Human Rights Report: Pakistan in 2017. Cases are rarely prosecuted.

On the other hand, arrests are frequent. In June 2015, Pakistan’s Express Tribune, a daily English-language newspaper, reported that a gay couple was arrested after a “secret marriage” in Balochistan. A friend of the couple and a man who read their marriage contract were also arrested. 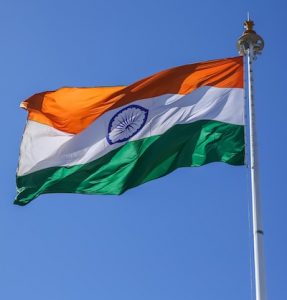 The newspaper also reported that a medical report  suggested the couple had had sex. The existence of the medical report implied that the two men had been anally probed, an examination known as a ‘test of shame’. Human Rights Watch describes this particular exam as an ‘act of torture’.

In November 2011, the Immigration and Refugee Board of Canada noted in a report that there were 10 cases in the Punjab city of Multan that fell under Article 377. All 10 cases were prosecuted and two resulted in 10-year prison sentences. There were no official documents accessible about any of those cases. Canada’s immigration authorities relied on information provided by the Neengar Society, a non-profit organization working for the rights of religious and sexual minorities.

The general public in Pakistan is also unfriendly towards homosexuality. A Pew Research Center survey in 2013 found  87 percent of respondents said homosexuality should be rejected.

Simultaneously, however, the country has progressive laws to protect transgender people.

As with other South Asia countries, Pakistan has a long-standing culture of “hijra”, the concept of a third gender that is neither male nor female. In 2018, the Transgender Person (Protection of Rights) Act passed. Under the law, Pakistanis can choose to self-identify as male, female, both or neither. The act provides fundamental rights to vote, employment, education and inheritances, among others. These protections are quite significant for oppressed LGBTQIA+ communities, not just in Asia, but globally.

In Pakistan, not all members of the LGBTQIA+ community are treated equally. This inequality is a direct result of history and culture.

Pakistan is an Islamic state. Pakistani law is a mixture of Islamic heritage and Anglo-Saxon colonial history. Islam does not tolerate homosexuality and same-sex sexual acts are also illegal in many Anglo-Saxon legal environments. The combination makes Pakistan very unfriendly to homosexuals. On the other hand, the acceptance of hijras (and of the concept of a third gender) makes it fairly open to transgender people. Pakistan has taken some progressive steps to protect the rights of the trans community.

Some countries do not treat the LGBTQIA+ community as inherently illegal but still maintain a very unfriendly environment rife with discrimination. This, in itself, can be difficult to navigate for oppressed LGBTQIA+ communities. This is the situation in South Korea, which is less progressive than its K-pop exports and increasingly popular films would suggest.

On 3 March 2021, a 23-year-old soldier named Byun Hee-soo, who was South Korea’s first openly transgender soldier, was found dead in her room. She killed herself a year after being discharged from the military following sex-reassignment surgery. After her discharge, she lobbied for greater protections for LGBT+ people in the military and the general public. Her death shone a spotlight on widespread discrimination towards the LGBTQIA+ community. 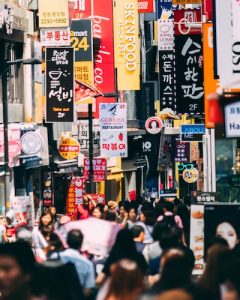 South Korea is not particularly welcoming to the community. A 2021 survey of around 1,000 people by the Seoul Institute highlighted highlighted this reality. About 60 percent of respondents said they would not want colleagues that identified as sexual minorities. Another survey, by the National Human Rights Commission of Korea in 2015, found 86 percent of 200 online respondents that identified as sexual minorities said they did not want to disclose their sexual orientation at work.

Other research points to a more dire picture said Osori, an activist at Solidarity for LGBT Human Rights of Korea, who asked to used the pseudonym.

Osori pointed to another survey conducted by the Rainbow Connection Project in 2016 that found 93 percent of workers that identified as members of the LGBTQIA+ community had experienced negative attitudes due to their sexual orientation.

“This perception put the LGBTQIA+ community in a very disadvantageous position in the workforce,” said Osori.

There has been very little progress in South Korea towards greater acceptance. There is virtually no education on the topic at schools, which only teach students about binary genders. Society is not welcoming.

The last positive step was in 2007, when the Ministry of Justice put forward a draft of an anti-discrimination bill that included sexual orientation. The draft created a storm of opposition from conservative groups and was eventually abandoned.

In the years that followed there were two more attempts at passing the bill. One was sponsored by the late lawmaker Roh Hoe-chan and another by former lawmaker Kwon Young-gil. Both bills were dropped before any kind of debate was held.

“The bill has not been able to progress in 14 years because of the opposing forces,” said Osori. “Instead of protecting the people of the LGBTQIA+ community, the government seems to be more scared and worried of the opposition.”

“We are working on creating change, but we have not seen much progress so far.”

Quite the contrary, members of these communities expect to continue struggling to overcome discrimination and marginalization at work, at school and in everyday life. The range of discrimination varies from strange looks when walking down the street to criminal charges for expressing sexuality but all of it makes life very, very difficult.

This is Part 3 of a seven-part series exploring the challenges and dangers that LGBTQIA+ communities face throughout Asia.