LGBTQIA+ communities face hatred across Asia and live with conditions that can be difficult to believe.

Jail or canings are not the worst outcomes for members of LGBTQIA+ communities in many parts of Asia. In some of the more traditional or conservative Islamic countries like Afghanistan, Iran, Saudi Arabia or Qatar, homosexuality is sometimes punished with death.

There is very little information about the size of LGBTQIA+ communities in these countries. There is also little information about how many people are jailed or executed as a result of their sexual orientation or for expressing their sexuality. What is clear is that homosexuality or any kind of non-binary sexuality is not welcome by society, law or government. Legal executions are not uncommon. Neither are assaults and even killings of homosexuals, which often go unpunished.

Some of the strictest rules against LGBTQIA+ people can be found in Iran. The government has been described as the most discriminatory towards homosexuals in the world.

And it is not just the government. Society as a whole is not necessarily more welcoming.

According to Articles 108-113 and 127-134 of the Iranian Penal Code, same sex activity for both men and women is illegal. Men face a death sentence. Juveniles can be lashed as many as 74 times. Women face punishments of 100 lashes and the death penalty for repeat “offences”. 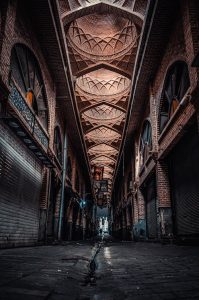 There are occasional reports of other court decisions along the same lines, underscoring the reality that  LGBTQIA+ communities face hatred and incredibly difficult conditions across Asia.

Back in 2005, the Tehran Criminal Court sentenced two men to death after a video was found showing them engaged in homosexual acts, the Persian-language daily newspaper Etemaad in Iran reported.

The likelihood of a death penalty has done little to change or dispel a very negative social environment and attitudes towards the LGBTQIA+ community. Homosexuality is seen as shameful.

In May 2021, Alireza Fazeli Monfared, a 20-year-old Iranian gay man, was killed by male relatives that discovered his sexual orientation. It was seen as an “honour killing”.

“I believe the exact term for this horrendous murder is gay-killing rather than the general term of honour-killing,” Mina Khani, an Iranian political analyst based in Germany, told ABC News. Khani said that while the motive was to protect the family’s honour, it is impossible to ignore the stigma and hatred created by the social and legal constructs that exist against LGBTQIA+ people.

According to a 2013 report by the Iran Human Rights Documentation Center, LGBT Iranians are subject to a wide range of abusive and discriminatory practices. The report points to the example of a 27-year-old homosexual Iranian that goes by the pseudonym Farshid who was raped by two plainclothes agents of the Iranian state in 2007. He was later stabbed by his own brother, who discovered his sexuality. Farshid had no legal recourse in either incident.

“If I filed a complaint, what do you think would have happened if my brother would have said that I was gay in court?” Farshid told the organization.

Things are no better in schools.

In 2010, Farshid was a student at a university in Tehran but was expelled after it was discovered that he was gay. The letter of dismissal stated the reason as “incompatibility with Islamic mores in university.”

His case is not unique. Discrimination against oppressed LGBTQIA+ communities is the norm in education, politics, families and society.

Homosexuality remains illegal in Iran. Help is not coming.

Male homosexuality is illegal in Qatar. Here again, punishments could, technically, be as severe as death. Though there are no known cases of enforcement of such penalties, the fact that they exist on the books and the strong social opposition to homosexuality in general create a stifling environment for the LGBTQIA+ community.

In 2018, Qatar censored nine articles from the New York Times, eight of which involved coverage of LGBTQIA+ issues. Among the articles censored was one focused on LGBTQIA+ rights in African countries, another critical of the US military’s transgender ban and another that highlighted a 1973 gay bar fire that killed 32 people in New Orleans .

With homosexuality illegal and in line with the government’s tough attitude, the general public is generally hostile and hateful towards the LGBTQIA+ community. There is no support for any defence of the community or for homosexual celebrities from abroad taking part in events in the tiny Muslim country.

In 2016, a homosexual Qatari man that goes by the pseudonym Majid al-Qatari wrote an opinion piece on Doha News, an online portal, titled “What it’s like to be gay and Qatari”. The post led to great controversy and anger from the public, with broad condemnation of al-Qatari and accusations of foreign influence on Qatari politics and culture.

The generally homophobic atmosphere in Qatar filters down from the government, which regularly censors any information related to the LGBTQIA+ community. LGBTQIA+ communities face hatred from a hostile public with conservative attitudes.

Saudi Arabia, the UAE, Afghanistan can be even worse

And all things considered, Qatar is relatively progressive compared to other countries in the region. For LGBTQIA+ people, the situation is even more dire in places like Saudi Arabia, the United Arab Emirates (UAE) or Afghanistan.

Saudi Arabia does not have a penal code, as such. Rather, the country relies on Islamic Sharia laws that make homosexual intercourse illegal and calls for severe punishments, including the death penalty.

In 2020, a Yemeni blogger named Mohamad al-Bokari was accused of supporting LGBTQIA+ rights in a social media video. A Saudi court sentenced him to 10 months in prison, a fine of 10,000 Saudi Riyals (around US$2,700) and deportation back to his home country of Yemen. In the video that triggered the incident, one of Bokari’s followers asked him about his thoughts on same-sex relationships and he replied by saying that “everyone has rights and should be able to practice them freely, including gay people.” Saudi authorities said the video contained “sexual references” that “violate public order and morals”.

In the UAE, a federation of seven emirates, all sexual relations outside of heterosexual marriage have been criminalized. For example, in Abu Dhabi, the punishment could be up to 14 years imprisonment.

In 2017, two Singaporean nationals were sentenced in Abu Dhabi to one year in prison “for attempting to resemble women”. In the end, the UAE deported them after 19 days, which they spent in a cell designated for “effeminate” people.

“In Afghanistan, being lesbian is seen as un-Islamic. If people found out, the result would be death,” a 19-year-old homosexual woman told the BBC in 2016.

“If we are discovered, perhaps we could even get hanged,” a homosexual man told the BBC for the same article.

Being homosexual can also lead to a death sentence in Afghanistan but it is hard to say how often this happens, as there are no statistics. Prominent Afghan cleric Shams-ul Rahman told the BBC in 2014 that “an old wall should fall on (homosexuals) and they should be killed in the harshest of manners”.

The return to power of the Taliban in August 2021 did not bode well for the LGBTQIA+ community. There are widespread expectations that the Taliban will bring back strict interpretations of Sharia law, curbing rights for women and outlawing homosexuality. Gul Rahim, a Taliban judge, told the German newspaper Bild that, “there are only two penalties for gays: Either stoning or he has to stand behind a wall that falls on him. The wall must be 2.5 to 3 meters high.”

LGBTQIA+ communities face hatred and have little hope of change

For members of oppressed LGBTQIA+ communities, the conditions in these Asian countries are difficult to truly understand. Being a homosexual is a life threatening condition. Because of the widespread existence and use of the harshest of physical punishments, few dare speak out or lobby for greater rights. Fears of rape or abuse at the hands of the community, not to mention widespread concerns over being socially ostracized, adds to the concerns and the widespread silence.

All told, the laws in these countries encourage discrimination and violence against LGBTQIA+ communities, depriving people of their basic human rights.